The Malampaya Deep Water Gas-to-Power Project’s example of public-private partnership success that nurtures business growth in the Philippine energy sector was showcased by the Bangko Sentral ng Pilipinas (BSP) Investor Relations Office (IRO) to international credit rating agency Standard and Poor’s (S&P) during its annual dialogue with the Republic of the Philippines.

The Malampaya Gas Project is spearheaded by the Department of Energy, and developed and operated by Shell Philippines Exploration, B.V. (SPEX) on behalf of its Joint Venture Partners. 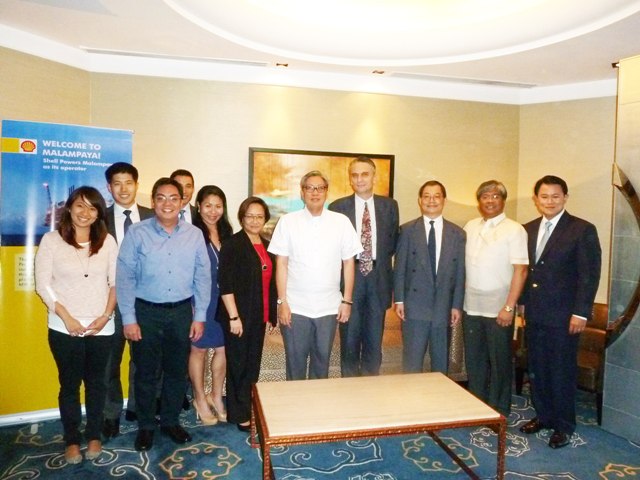 SPEX Managing Director Sebastian Quiniones and SPEX Finance Manager Jeng Pascual explained how Malampaya contributes to sustained national growth and development. The Gas Project is the outcome of strong public-private partnership that enabled the construction of Malampaya facilities including the natural gas power plants First Gen and Ilijan, and Malampaya Phases 2 and 3 (MP2 and 3).

Since it started commercial operations in 2001, the Malampaya Gas Project has contributed billions of pesos worth of government revenue share, proving that natural gas provided by Malampaya is not just beneficial for the environment, but also for sustained economic growth.

“The successes of Malampaya prove the capability and resilience of the Filipino spirit. The Malampaya offshore gas platform and onshore gas plant are handled by 100 percent Filipino crew and MP3’s new platform is being fully fabricated in the Philippines.” Quiniones is the Malampaya Gas Project’s first Filipino Managing Director. 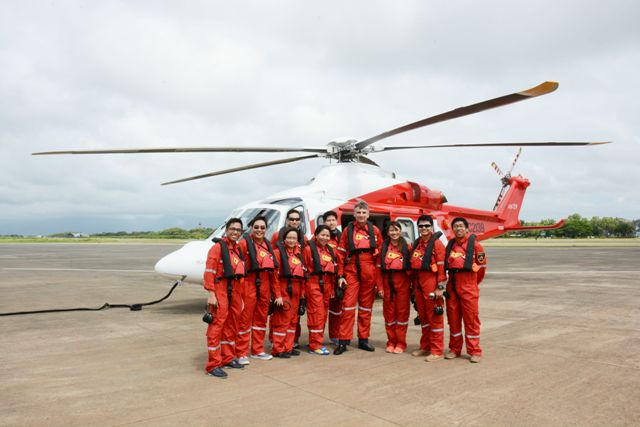 A fly-by trip of the Malampaya offshore gas platform in Palawan was organized by SPEX the next day for S&P and BSP officials to fully appreciate the technologically innovative gas project.

Editha L. Martin of the BSP’s IRO said Malampaya is a testament to the benefits of public-private partnerships.

“Malampaya is one of the leading examples of successful public-private partnerships in the Philippines that not only supports business growth but also helps fulfill the government’s goal of achieving energy security and independence through the development of renewable and indigenous sources,” Martin said.

“The decision of SPEX to beef up its stake in the Philippines through the expansion of Malampaya as well as other significant investment projects of Shell companies are clear signals of their confidence in the country’s strong macroeconomic fundamentals and bright prospects,” Martin added.

Malampaya has provided mutual benefits for the private-sector investor, SPEX, and the government. The former has been able to do good business in the Philippines, while the latter has been able to perform its duties of securing the country’s energy supply, boosting public revenues and generating jobs.

The Malampaya Gas Project provides 30% of the country’s energy needs with cleaner-burning natural gas. More than supporting energy security, the project also enables the transfer of technology and expertise that enhances Filipino capability to meet the stringent standards of international oil and gas industries. 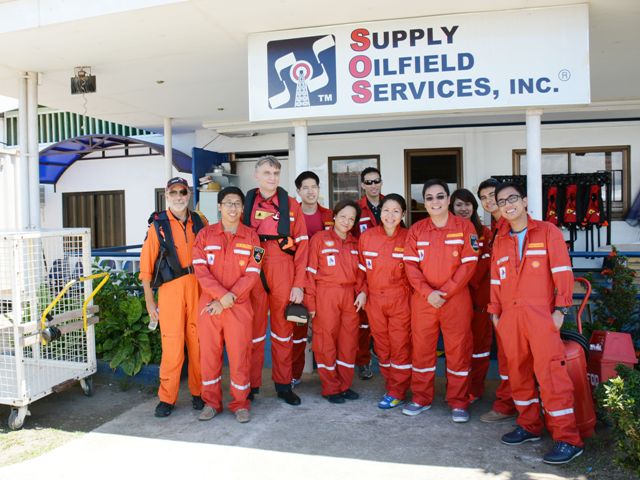 The Malampaya Gas Project is operated in socially, environmentally and economically responsible ways by SPEX using expertise drawn from Shell’s extensive global experience in deepwater technology and oil and gas exploration and production.

As a global leader in power, energy and gas technology, Shell seeks to continuously address energy challenges while mitigating environmental impact. It does so primarily by delivering smarter products and cleaner energy, smarter infrastructure, promoting sustainable mobility, and by developing new energy sources such as cleaner-burning natural gas.

Two months after visiting the Malampaya gas platform, S&P raised the Philippine foreign currency denominated and peso debts a notch above the coveted credit rating of investment grade that was acquired by the country a year ago.

The credit rating agency recently gave the Philippines a long-term sovereign credit rating of “BBB” from “BBB-”, and upgraded its short-term rating to “A-2” from “A-3”.

S&P noted that the Philippine outlook is stable and this is not likely to change in the next 12 months.

S&P’s Associate Director Agost Benard remarked, “We raised the ratings because we now believe that the ongoing reforms to address shortcomings in structural, administrative, institutional, and governance areas will endure beyond the current administration.”

S&P skipped the assignment of a “positive” outlook on the country and went ahead with raising the country’s credit ratings.

“This action is further affirmation of the country’s strong macroeconomic fundamentals,” he said, noting that the Philippines has proven it can sustain growth since S&P raised the country’s credit rating to investment grade last year.

Major feat for the country

“We congratulate the Department of Finance and Bangko Sentral on this major feat for the country,” said Edgar Chua, Shell companies in the Philippines Country Chairman.

“Developing and operating Malampaya is just one of Shell’s many projects in the country. As we celebrate our 100th anniversary in the Philippines, we are embarking on significant investments across the Upstream, Downstream and Shared Services industries” remarked Chua. “Our objective is to be the most innovative and responsible energy company, and to continue to significantly contribute to nation-building.”