Deepwater technology is utilized to extract natural gas from some 3,000 meters below sea level which involves remote subsea facilities.  From the wells,  wet gas is transported through flowlines to an offshore shallow water production platform for initial processing.  Condensate is stored at the base of the platform while the dried gas is transported via a 504-kilometer underwater pipeline to the onshore processing gas plant in Batangas.  Two onshore pipelines transport the fuel to three gas-fired power stations, namely, Sta. Rita (1,000 MW), San Lorenzo (500 MW) and Ilijan (1,200 MW).

Malampaya is moving into its next phase of development, kicked-off in August 2011, to maintain the level of gas production for the remaining life of the field.  Two new wells will be drilled and developed by 2014 for Malampaya Phase 2, and a new depletion compression platform will be installed by 2015 for Malampaya Phase 3.

As of September 2011, the government’s share in Malampaya revenues has reached US$5 billion and forecasted to reach US$10-12 billion over the life of the project. 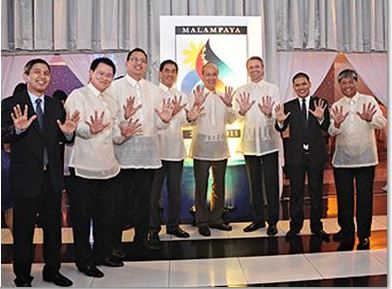 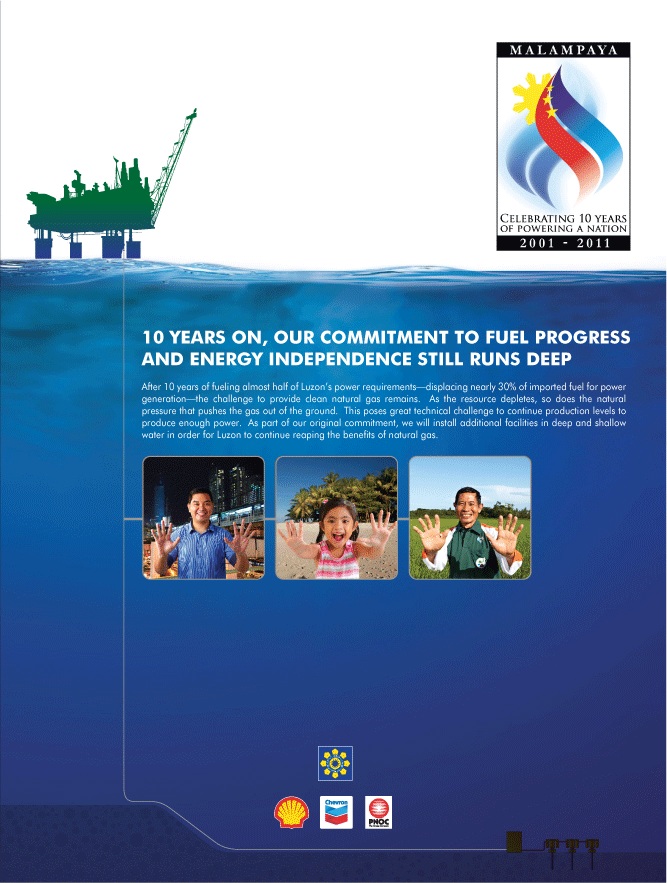