The teams behind the most complex shutdown held in Malampaya’s 14-year history celebrated the major milestone at the Acacia Hotel in Alabang, Muntinlupa City on June 26.

The event was interspersed with team building activities and entertainment. In his welcoming remarks, Shell Philippines Exploration B.V. (SPEX) Asset Manager Baste Quiniones showed a trophy awarded by Mark van Latum of the Shell Petroleum Development Company to the shutdown team. The said trophy recognizes the excellent performance of the teams from both the Shallow Water Platform and Onshore Gas Plant during the shutdown.

“You are the team that made an event that is the biggest event since the start of Malampaya,” Baste said.

Shutdown Manager Bonifacio Lapuz accepted the trophy in behalf of the team, thanking the group for completing every maintenance activity and the tie-in of the Depletion Compression Platform on time and according to plan.

Nestee Cunanan, the Shutdown coordinator, closed the event with a toast. “We won’t be able to make it successful at the end of the day without each and every one’s contribution as well as sharp and very precise actions.”

“Thank you very much for all of your contributions, whether directly or indirectly, to [Shutdown] 2015,” Cunanan added. 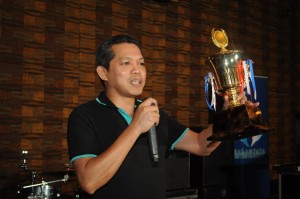 Lapuz receives a trophy given by Mark van Latum of the Shell Petroleum Development Company. 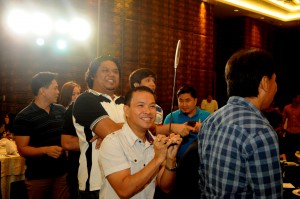 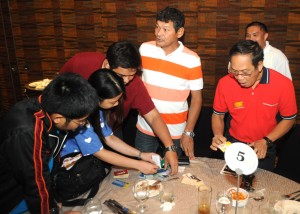 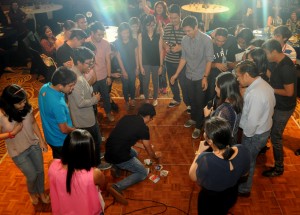 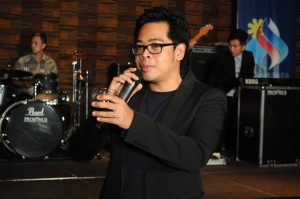 Cunanan gives his closing remarks with a toast to the shutdown team.