News
MFI and PSFI named environment champions by the PCSD

The Malampaya Foundation Inc (MFI) and the Pilipinas Shell Foundation, Inc. (PSFI) were both conferred the title of “Environment Champion” during a celebration hosted by the Palawan Council fort Sustainable Development (PCSD) that commemorated the 25th anniversary of RA 7611 or the Strategic Environmental Plan for Palawan (SEP) on Monday, June 19.

PCSD Executive Director Nelson Devanadera explained that the title of SEP Environment Champion was given to local government units and organizations who execute programs and projects that “Seek to preserve and enhance the environment,” while pursuing “socio-economic development goals” through the “proper conservation, utilization and development of natural resources” and the “involvement of all sectors of society… including tribal groups”

The Malampaya Foundation Inc. was formed in 2005 by the Malampaya Joint Venture Partners composed of Shell Philippine Exploration B.V., Chevron Malampaya LLC and the PNOC-EC, to serve as the socio-civic arm of the Malampaya Deep Water Gas to Power Project, and to contribute to marine environment conservation and the development of sustainable socio-economic projects for host communities.

Since its conception the MFI has focused on several environmental and socio-economic Flagship Projects for the province of Palawan where the Malampaya Deep Water Gas to Power Project operates. These include:

The Pilipinas Shell Foundation inc. was founded in 1982 with the mandate of enabling the disadvantaged to become productive and responsible members of society. PSFI has over 30 years of experience in managing social development programs of national and local scales, ranging from education and skills development (technical, vocational and agricultural); health, sanitation, and safety; livelihood and enterprise development, among others.

Its flagship projects for the people of Palawan include:

The PCSD also awarded 10 other of the “environment champion” awards. They are: 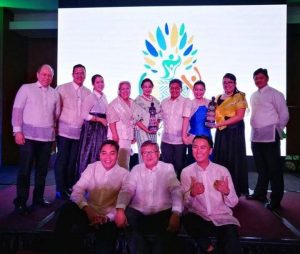 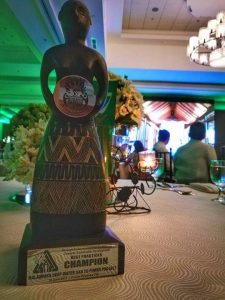