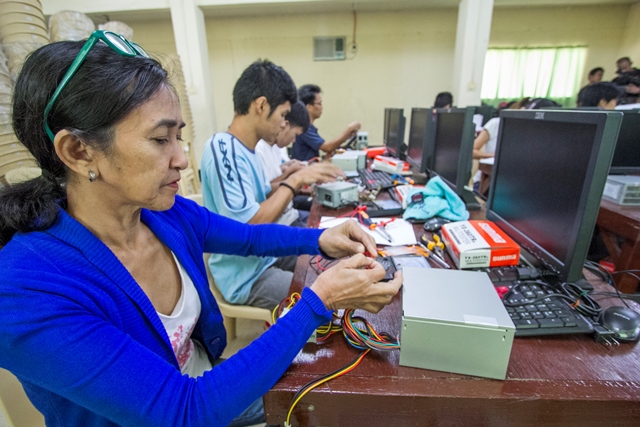 Implemented by Malampaya Foundation, Inc. (MFI), SIKAP is a capacity-building program for coastal communities in Subic that offers enterprise development and trainings on computer hardware servicing, consumer electronics, housekeeping, and bartending, among other livelihood trainings. The SIKAP programme was implemented last October, 2013 and has so far benefitted more than 500 residents from Subic coastal communities. Subic is the site of the fabrication of the second Malampaya offshore gas platform that is the first technology of its kind to be built in the Philippines. This second offshore platform will be installed besides the existing Malampaya offshore facility located in the West Philippine Sea, near Palawan.

Several entries from Shell companies in the Philippines were declared as finalists and are featured in the AmCham photo exhibition aside from SIKAP. These include Galing at Negosyo Dulot ay Asenso’s (GANDA) “Nasa Kamay Ko ang Asenso” (“I Hold My Own Progress”) and “Mentor-Mentee”; Kaligtasan sa Daan’s (KALSADA) “Stop, Look and Listen”; Movement Against Malaria’s “The Fight Against Malaria is for Everyone” and Shell’s Relief and Rehab Response for Typhoon Yolanda “Setting the Sail for Macatunao Fishermen”.

“Winning in the AmCham CSR Photo Competition allows Shell and other AmCham member companies to creatively reach out to people and show that something is being done to address the needs of our less fortunate countrymen and women,” said Paulo Gavino, Shell Upstream Communications Manager. “SIKAP is one of Malampaya’s numerous programs that help the Malampaya Project in its goal to leave a positive legacy in the communities where it operates. This award inspires us to continue strengthening our social programs to uplift the lives of more people as we go through Shell’s next 100 years of doing good and sustainable business in the country and for Filipinos.” Year 2014 marks Shell companies in the Philippines’ centenary in the country.

His Excellency Philip Goldberg, United States Ambassador to the Philippines, expressed his utmost appreciation to the AmCham and to all the participating companies for their relentless efforts in improving the Philippines’ condition in terms of the six major areas of development that directly affect the Filipino people’s welfare and social progress, namely on Environment, Education, Health, Livelihood, Peace and Disaster Risk Management.

The categories of the competition are the six major areas of development in the Philippines, as stated above. One photo entry is evaluated as the winner per category. The awarding of winners and ribbon-cutting ceremony was held last September 2, 2014.

The Malampaya Phase 3 (MP3) Project’s first offshore gas platform in the Philippines, in combination with Malampaya Phase 2 (MP2)’s additional subsea wells which was completed in 2013, will sustain the level of gas being extracted from the Malampaya reservoir for electricity production, as such maximizing Malampaya’s value in providing reliable supply of cleaner energy to power the country’s growth.  Malampaya provides 25-30% of the country’s electricity needs.

The Malampaya Gas Project is operated in socially, environmentally and economically responsible ways by SPEX using expertise drawn from Shell’s extensive global experience in deepwater technology and oil and gas exploration and production.

As a global leader in power, energy and gas technology, Shell seeks to continuously address energy challenges while mitigating environmental impact, through endeavors such as Malampaya. It focuses on delivering smarter products and cleaner energy, smarter infrastructure, promoting sustainable mobility, and developing new energy sources such as cleaner-burning natural gas. 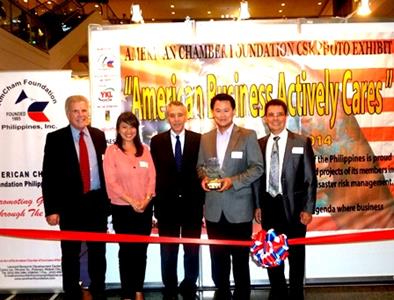 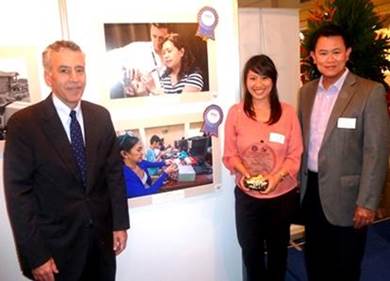 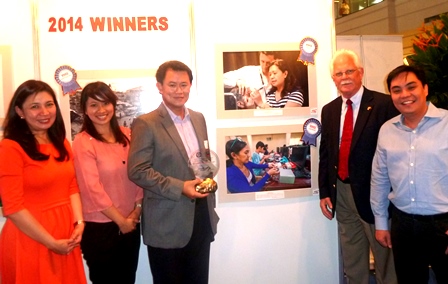